We analyze if CCleaner, or any program to optimize the PC, is necessary. Avast, the company behind CCleaner. Is CCleaner safe? It is safe and you can use it without any doubt. It has not been able to protect the program from optimizing certain vulnerabilities. It has caused a group of hackers to take advantage of a weakness to introduce malign software into the original program.

That is, when installing CCleaner or updating it, we were injecting malware into our computer. At first, it was thought that it was enough to update the program to the new version, but later, a security company, Talos, discovered that we could only reset the computer to free ourselves from it completely.

Yes, it is safe. we said it on the introduction. Before using the application, you must know the features of CCleaner.

CCleaner, in general, works for several functions, among which is to eliminate files and settings that are no longer used; delete browsing cookies; deactivate programs that run in the background with the power on, and eliminate registry errors. Not only can we replace all these functions with other native Windows, but also some of them are completely useless. For example, cleaning the Windows registry has already shown that it is not good, but also bad. We’ve already talked about it in our compilation of things that we should not do on our Windows computer.

In the image above we have a performance comparison after cleaning the registry with a third-party program that promises to do so. The improvement, is, none.

If cleaning the registry was so useful, Microsoft would provide a tool for it. In the past it did, but it disappeared in 1998 because according to Microsoft itself, rather than solving errors and optimizing, it causes unnecessary ones.

For this, we have a Windows tool with which we can remove from the list all those programs that we do not want to run with Windows.

We can find it in the taskbar, by right clicking and clicking on Task Manager. We chose the option Show details if necessary and entered the section Start. From there we can enable or disable any program. We will also have a value that tells us the impact that program produces during the ignition.

Delete files and settings that are not used 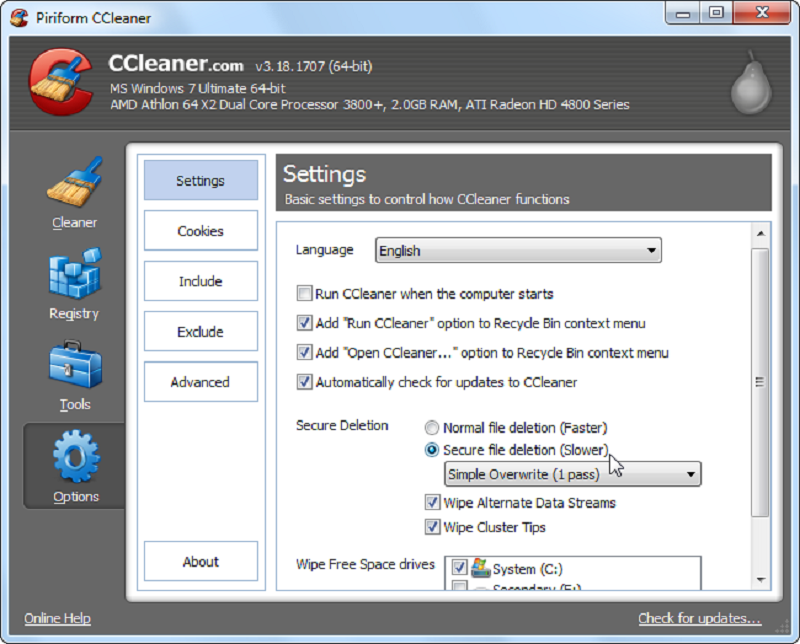 The space that is gained is very insignificant (less than 1 GB), but if we want to do it. Windows also provide us with the necessary methods. In the Windows search bar, we enter Space Cleaner and open it.

We will have a window very similar to the one above, where it will show us the files that Windows recommends to eliminate and the button for it. We also have an option to search additional files of the system so that we can clean even more space.

These files are temporary files used for web applications and applications to work faster. Eliminate us provides 652 MB more in my case but having 3 TB of storage of little matter.

Therefore, we will reduce the load of web pages and, irremediably, the files of this type will be there again very soon. So, there is no cause to format them today. What is interesting is to use the space liberator to gain from 25 to 50 Gb after a major update of Windows, where they usually leave a backup copy of the previous version in case we want to return.

We have already seen that the most important functions of CCleaner can be done from the operating system itself, besides that others (clear the registry, concretely) are not very effective, if not completely useless.

The only good thing about CCleaner is that these tasks are performed automatically and periodically. So, we can forget about all these tasks being done manually. In short, CCleaner is completely dispensable. The only thing that CCleaner contributes is a false sense of optimization, like the rest of programs of this type.