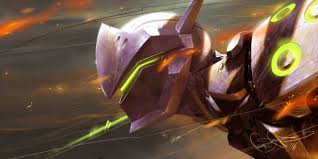 Genji in Overwatch is one of the most played. However, it is the most difficult to master. This character concentrates only on the melee attack, so you always need to surround the enemy to take advantage. Therefore, in this post, we will talk How to play Overwatch with Genji – A complete guide and tricks to be the best.

How to play Overwatch with Genji?

Genji is one of the most complicated characters to master since his final attack is melee. Still, it is very interesting, because without a doubt its difficulty will help you to increase your level and skill in the game. Next, we will talk about the abilities that this character possesses:

When you activate Genji’s ultimate ability, he equips himself with a Katana in which you can only attack in close combat, giving you a total of 120 points of damage for each attack. Note that once activated, you can use any type of ability except shuriken.

During the effect of this ability, the Genji will be faster than normal and will have the possibility of climbing walls or double jumping. In particular, the latter is very important because it will allow you to surround the enemy instead of running in a straight line, something that could kill you before attacking him.

Deflection: Deflects received projectiles in the direction you are looking.

This ability allows the Genji to block enemy bullets and not only that, but all the bullets he has blocked will automatically return to the enemy who has shot him. You should keep in mind that it only blocks the bullets from the front, and returning the bullets in the direction you are facing causes more damage.

This blow is quite fast and takes 50 points of damage. However, you must bear in mind that if you cannot finish off your enemy, it leaves you unprotected. You can use this ability to move faster across the map and cross chasms, although in this case, it is better to climb the wall.

This is Genji’s main weapon. It has two ways of using it: The first one fires three projectiles in a row and the second one fires three projectiles in an arc to attack several enemies. Something you should keep in mind is that the Skuriken is fast. However, the impact zone is quite small. No matter the distance you have from the enemy, the damage they cause will always be the same.

Tricks to be the best in Overwatch with Genji

Like every gamer, you want to improve in Overwatch and be the best. The Genji character is not easy to master, so here are some tricks that can help you:

The first thing you should do is learn the secondary roads of the maps and be able to surround the enemy and attack them from behind with the Skuriken or the Speed ​​Cut ability. Keep in mind that the Genji can scale walls and double jump, allowing you to reach many places that others cannot.

Genji’s ultimate ability must be used wisely and remember that you cannot attack the enemy head-on. Although this ability can kill any character in a single hit, you will not be able to use it if the enemy eliminates you before. You must always surround the enemy to attack them from behind.

The shuriken can cause damage and is quite fast, although it requires marksmanship to hit the enemy. Therefore, you must improve and train your marksmanship in Overwatch. If you manage to master the Swift Cut and get the coup de grace that eliminates your enemies and thus have it activated without stopping, you will no longer have to worry about using the shuriken.