The BIOS are one of the most important systems of any computer. It is the basic system that allows the computer and the operating system itself to work while it is turned on. Because of this, it is a fundamental system, and it is convenient to have it updated correctly. However, because of this importance, it is also essential that you update correctly and always using the official links of the manufacturer’s pages of the computer in question.

How to update bios settings? 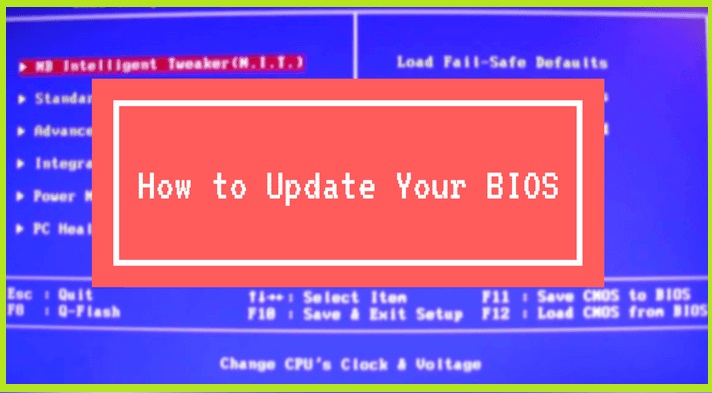 BIOS is a name formed by the initials of the English expression Basic Input/Output System (Basic input and output system).

Why it is important to update the BIOS of a computer

Updating the BIOS of a computer will allow it to work better and, in many cases, faster. Also, it is also important to bear in mind that, like any other update that is carried out, it allows solving problems or deficiencies of the previous version. In this sense, updating the BIOS of a computer must be understood in the same way that an operating system or a program of any other type can be updated.

However, it should also be borne in mind that, due to the basic nature of this system, its updating cannot be carried out in the usual way in which other programs are updated, so that, although it is essentially an action similar, requires more care when doing it.

How to update my PC’s BIOS

To update the BIOS of a PC, simply follow these steps:

To know if the BIOS that you are going to download (always for your computer model) is more updated than the one you have, it will be enough to compare it with the number of your own BIOS. If the number of the new version is higher, then it means that it is a newer version so that it will be useful for the update. Likewise, the BIOS names can appear with decimals or subversions, for example, the number of your BIOS followed by a period and another number. In this case, it will also be a more updated BIOS if it is a larger number than your computer.

Finally, download the BIOS file that interests you and runs it on your computer. Most will be downloaded as a ZIP folder but, once this folder is opened, it will be able to run normally without problems and the BIOS update process will be done.