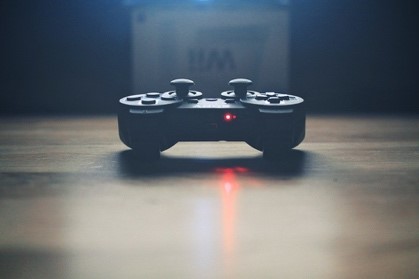 This question has been pondered by much of the public ever since the inception of the video game industry and although attitudes have simmered in recent years, there are a select few that still believe that video games are unhealthy. These attitudes normally refer to physical health but can also be used when it comes to mental health too. For many years after the tragic Columbine shooting, parents and critics of video games blamed them for heightening aggression in the shooters. Fortunately, more sense has been discovered over recent years as the industry has exploded, and it is no longer logical to say that video games can cause killers. In fact, the opposite is true.

While video games do have some downsides, the reality is that most things do, and there are also a whole host of positives that counteract the shortcomings of video games. When it comes to mental health, it is possible to develop a sense of apathy while playing video games. This is because people enjoy them greatly, which makes them want to be less productive. Of course, this also leads to ideas of addiction, but this is possible with most things, especially when it comes to entertainment. This can simply be managed by only spending an allotted time with video games each day and should not be a problem for most people. Another downside is eye strain, which will inevitably happen when people stare at a screen for extended periods. This can be remedied in the same way as dealing with apathy or wearing something as simple as blue light glasses.

Once the few negatives are out of the way, the positive effects of video games are overwhelming. One positive is that they allow people to escape from the stresses of life. This is something that should be important to everyone, as having some form of escapism can greatly improve mental health. For some, this might be watching television or reading. It could even be online gambling, though some places like Texas might not allow this activity. If you are looking for this information you can find some here, but the fact remains that gaming is simply the best activity one can partake in when it comes to escaping from the hardships life brings.

Despite some people’s beliefs, games can also prove to be very educational. This might come as a shock to some parents as they see scenes of gruesome battle in their children’s bedrooms, but what they might have missed five minutes earlier is the cutscene that led to that battle, which may have imparted some useful historical information. This is true for games like Assassins’ Creed, which have gifted millions with historical knowledge from a wide range of periods. Some games, particularly those of the platformer and puzzle genres also contribute to developing logical thinking skills, something that is magnified if started from an early age.

There is no doubt that video games have many more positives that are too endless to list here. They certainly outweigh their negatives, which for the most part, are shared with other sources of entertainment that do not get nearly as much bad rep that video games do. The industry will continue to grow and release new, exciting games, and the hope is that everyone will eventually see video games as the force of good that they are.